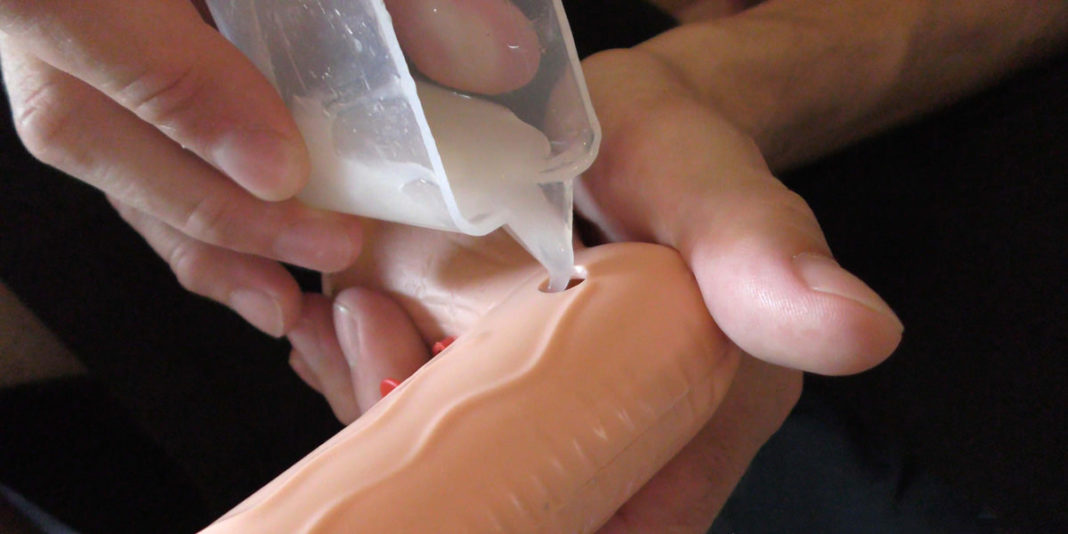 You might have heard about an incident a couple of years back where George and his boyfriend were arrested for filming a threesome on the London Underground train somewhere between Leicester Square and London Waterloo stations on the Northern Line. The story made a number of news headlines, but George never let that experience stop him, he’s just more careful about where he fucks and films now. George was found guilty of ‘outraging public decency’ in Westminster Magistrates Court in January 2019, along with his boyfriend, but the cameraman and third person in the video could not be identified and he was not included in the charges.

Numerous people really liked this scene, with comments such as “hot as hell”, “that’s hot as”, “what a horny as fuck vid”, “so friggin’ hot”, “best group vid I see so far”, “fuck yer man”, “this is the hottest shit ever” and “damn that’s hot”. Jay revealed in his Twitter comment on December 1, 2018 “Let’s not openly speculate on the status of these boys… it’s something they may not feel comfortable with being talked about like idle gossip. Maybe it’s not so minor to them” then he followed this up a few minutes later with “Yes I am and undetectable also. Please refrain from asking the rest of my fellow actors.” A few days later Jay added “Thanks for the apologies and yes people are bound to ask but that doesn’t mean they have the right to ask” in response to the people asking about his HIV status.

When a video is marketed in such a way with HIV-positive hashtags and imagery, along with no condoms and a porn performer who has never publicly stated his HIV status, people are going to be very curious about who is HIV-positive. George’s tweet appears to have placed Jay in an awkward position, because he felt pressured to answer the question when someone asked “who is poz”, but when Jay responded, he reminded people to respect the other guys in the scene by not asking them about their status. There is still stigma when it comes to HIV and some performers don’t want to discuss it publicly, as it can affect their careers. It’s also important to remember that both HIV- and HIV+ performers can work together in scenes due to medications that reduce the viral load and protect against HIV transmission.

It’s important to note that this article does not infer that Jay contracted HIV through bug chasing, this article simple points out that Jay publicly announced via social media that he is HIV+ and undetectable. Jay also shared a Tweet in 2019 that revealed he would love to see a cure for HIV, so it seems he would prefer to be HIV- and not HIV+. Curious Chaser discusses a variety of topics including HIV-positivity in general, which is why this article has been published, as it’s relevant and creates awareness around the discussion of HIV. Jay revealed a part of himself via Twitter when he disclosed his HIV status, but at the same time, he also wanted to shield other bareback performers from being subjected to public scrutiny like he was when the studio marketed the video in such a way. 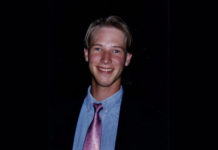 A Second Interview with Tim Tyler 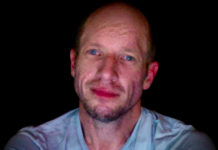 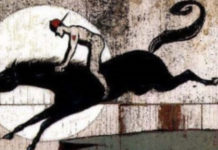 Former Bug Chaser Shares His Chasing Experience Through His Own Story 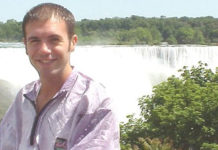 Kenboy: A Bug Chaser Who Embraced the Chase and Lived a Positive Life

Hopefully you’ll receive a response from one of the groups where you have expressed an interest soon. Sometimes things can happen when you least expect it. I admire those who are proud of their identity too. I know it can be difficult sometimes due to the stigma that still exists, which is why it’s great to see people showing their poz pride, as this can help others in the community to feel better about things.

This is a very hot scene. I’ve watched it several times!

I agree with you Van and I’m happy to admit to watching and jerking off to this scene several times.

also watched this scene and a lot more scene very often. the scenes are not scrippted and there are really hot twink whores, already so corrupted

I really like the videos at Hung Young Brit and it’s great that the sex isn’t scripted and is completely natural. I also wonder whether all the guys are taking PrEP, because there’s lots of loads getting swapped between multiple sexual partners.

Hi Jason please allow me to let you know if I ever wanted to help a neg bareback-sex only person to get infected with hiv this person is you and if I ever would be there for you I would feel so privileged to infect you with my Danish HIV, hugs Carsten

Thank you for your offer Carsten and I will take this into consideration. I have actually received a number of offers similar to yours, which is one of the challenges bug chasers face when they are ready to embark on their bug chasing journey. I’m not ready to take this step yet and I’m happily moving along at my own pace, but it’s kind of you to make this offer and I thank you for being willing to do this should I decide, or when I am ready to take the next step.

It does make me feel privileged to have received these offers, should I decide to proceed. This is why I need to make sure I’m completely ready first, because it doesn’t sound like it will take long to become infected, based on several offers from detectable guys being made to me in recent times.

Hi Jason you are indeed a very warm and caring person, and a with a very analytical and academic approach to bugchasing, so I was wondering how you feel about your own personal decision, do you feel writing and sharing this very beautiful article helps you on a personal level to stop taking prep again? Kindly Carsten

Hello Carsten, I do feel as though writing these articles is helping me understand the virus better, which is making things clearer in my mind. I believe it’s important for a person to know what they are getting themselves into, which requires them to fully understand something before they can do this. It’s also good for me to be able to share my findings with those who are interested in the subject, as it might help them better understand themselves at the same time and point them in the direction of further resources if they would like to learn more. I do see the future path and I look forward to exploring it at my own pace once the time is right for me.

It’s a shame that being Poz can hurt their careers. We should do our best to support Poz performers.

It sure is a shame and there’s probably a lot of other performers afraid to publicly disclose their HIV+ status in fear of this information affecting their careers. I do believe the more we talk about it, the better it will be and the more performers who discuss their HIV+ status can help shift people’s views and reduce the stigma that’s still out there. I agree that we should support HIV+ performers, because they really do have a lot to offer.

I’m happy to hear you enjoyed the article Carsten. I do feel it’s important for poz performers to be proud about who they are, because many people will listen to what performers have to say, as they are considered to be public figures, so if more people in this position speak openly about being HIV-positive, then I think more people will accept those who are HIV-positive. Just with the second part of your comment, I think it’s important for guys to understand whether they really want to become infected with HIV and people shouldn’t be infecting HIV-negative people through stealthing or against their knowledge, because not everyone wants to become HIV-positive, but at the same time, we shouldn’t judge anyone who wants to become HIV-positive or those who are happy to help infect someone who wants to become HIV-positive and is aware of the implications of doing so.

Just allow me to support your very important and understanding and necessary point Jason: that we always remember to make sure we support Poz performers for their strength and courage and power and thereby hopefully will see more gays starting fucking raw and NOT being medicated with PrEP

I do feel it’s important for us to support HIV-positive performers, because those who disclose their HIV status publicly are taking a brave step and these people can help open up an important discussion that could lead to people becoming more open-minded about HIV and how the virus is transmitted. A lot of people still don’t know all the facts and can be quick to judge others, which is why having discussions about HIV is so important. When people admire performers, they have a connection with them and can relate to them, so if a performer discloses that he is HIV-positive, it might impact people in a good way, where they are willing to talk more about HIV and understand it better. We are definitely seeing more people fucking raw these days and that’s because PrEP is making people feel more comfortable about the protection it provides against HIV transmission. There’s definitely an important role for PrEP to play to help protect those who don’t want to become HIV-positive and I do understand you are not a fan of PrEP and would prefer people not to use it, but I think it’s a tool people can use to help them protect themselves if they want to be protected, but not used by those who are happy to explore more risky situations and see what happens.

I Love Hung Young Brit twitter clips, especially when they fuck in edgy and outdoor venues. The tube train video was very hot. Interesting to know a bit more about the guys that appear in their videos. More of a turn-on for me to know that there is some poz fucking going on. Cheers Jason for another great article.

I’m a big fan of Hung Young Brit too Jez and I’m glad you enjoyed the article. I also love the outdoor videos and think they are very ballsy to fuck and film in some of the locations where they have done. Even their indoor videos are hot, there’s just this raw sexual energy that makes the videos exciting. They were definitely brave filming the train video – it just shows you these guys love fucking raw whenever and wherever. It sure is good to know that some of the guys performing are HIV+, which is good to see, as some bareback studios have an HIV- only policy, so this reflects the studio being open-minded and welcoming, plus it’s great for us to see some guys who really love fucking raw on camera and off camera.