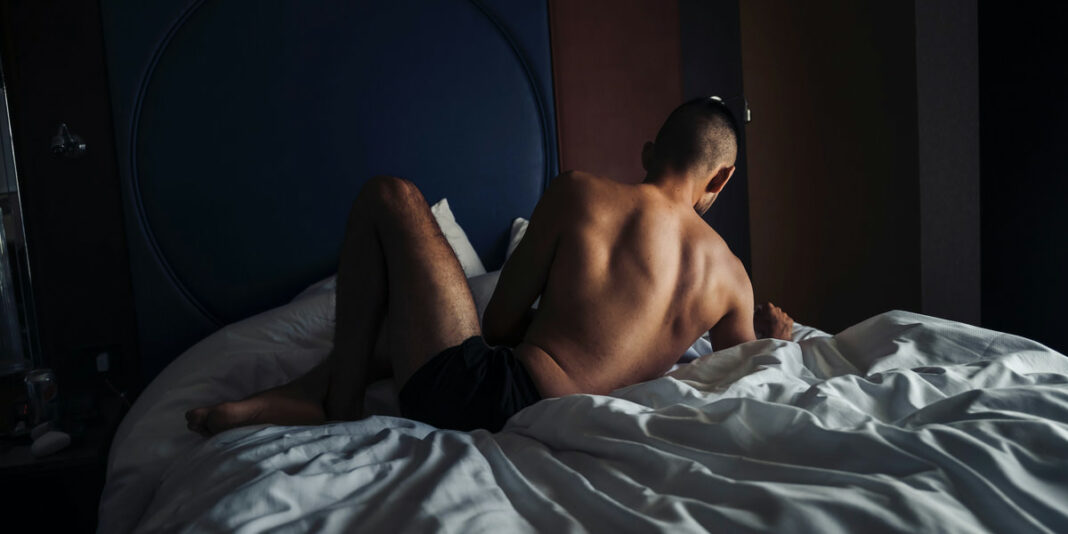 The world is a pretty big place, with many different cultures and various languages that exist around the globe, but based on human nature, we might not often take much notice of what happens in some of these different countries. I recently came across an article about bug chasing that was published in 2012 by Outrage Magazine, which is a gay, bisexual and transgender publication from the Philippines. HIV is a significant issue for the gay community in the Philippines, so Outrage Magazine has an entire “POZ” section, featuring articles covering HIV/AIDS issues, with an impressive number of articles discussing the topic for those wanting to read more.

“So you want to be HIV+?” is an article written by Michael David dela Cruz Tan that was published on December 1, 2012, which was a date that coincided with World AIDS Day. This is not the first publication to publish an article about bug chasing on World AIDS Day, which could be purely coincidental or perhaps not. The article refers to a hookup profile on Gay Romeo, which is now known as Romeo, as the name better embraces all sexualities. Barebackpozzer is the guy who became the main subject for the author’s article, with his hookup profile saying “bottom/top slut likes fuck now, anyone interested? i have nice pozz load! i like pozz other young ass | only bareback.“

Let’s take a look at some of the statistics relating to more recent times to bring this article into context with the current timeframe. According to an article that appeared in Volume 4 of The Lancelot in February 2019, The Philippines is facing the fastest growing HIV epidemic in the western Pacific, with a 174% increase in HIV incidence between 2010 and 2017. There were 1,047 new cases in August 2019 alone, with men who have sex with men accounting for 84% of new infections. UNAIDS estimated that only 67% of people living with HIV knew their positive status, with 55% having a CD4 count lower than 200 at the time of diagnosis. The Philippines is composed of more than 7,000 islands, which creates a barrier for effective and reliable healthcare delivery. Other factors relating to HIV testing can also involve guys being ashamed to admit to have sex with other guys, so they may avoid getting tested, which prevents them from knowing their true HIV status and contributes to new HIV infections.

In the latest figures using data from 2021 released by UNAIDS, 130,000 men over the age of 15 years are infected with HIV in the Philippines, based on a data range between 120,000 and 140,000. Out of this number, 20,000 men aged 15 and over have been newly infected with HIV, based on a data range between 18,000 and 20,000, which is significantly lower than women newly infected in this age group (1,500 based on a data range between 1,300 and 1,700). There has been a sharp percentage increase in new HIV infections of 327% since 2010, with 56,241 out of 130,000 men receiving antiretroviral treatment. These statistics show that the number of HIV infections taking place in the Philippines is extremely high, which is a differing trend taking place in many other parts of the world for the same time period. This means that anyone wanting to protect themselves, needs to be proactive through the use of PrEP, although difficult access to this medication may be a factor that’s leading to these statistics.

The article written by Michael David dela Cruz Tan was very well researched and not judgemental, with the references he used included at the end of his article, for anyone who wishes to read more from these information sources. Going back to the timeframe used in this article (2012), 60% of the cumulative infections reported were between 2009 and 2012, which increased from 1 new case detected every 3 days in 2006 to 1 new case every 2 to 3 hours (or 8 to 10 cases per day) in the first quarter of 2012. These numbers appear to have increased even more significantly in 2021, based on the latest data that’s currently available. In September 2012, 316 new HIV cases were reported in the Philippines, with 96% of these cases involving males, with the main mode of transmission being sexual contact (312 out of 316 cases), with males having sex with other males being the predominant type of sexual transmission at 82%.

When you consider these numbers, it makes you wonder whether any of the statistics include those who intentionally became infected with HIV. In the earlier days of HIV infections around the world at a time before PrEP started becoming available in 2012, many bug chasers intentionally became infected with HIV, because they enjoyed having bareback sex and disliked using condoms. Many of these guys chose to become infected with the virus, because they felt it would be inevitable anyway and they wanted to be more in control of when their infection took place. PrEP may not be readily available in the Philippines and condom usage appears to be low in the gay community, which means guys having unprotected sex are either ignoring the high level of risk associated with their sexual encounters or they are accepting the inevitable, which could be either passively or actively bug chasing depending on their thought processes.

According to Love Yourself, PrEP first became available in the Philippines in 2017 through a demonstration project called PrEP Pilipinas (PrEPPY), which ran for two years and involved 250 men who had sex with other men. Due to its success, PrEP Pilipinas then scaled up and instituted a program in June 2019 offering PrEP for 1,500 pesos per bottle, which contains 30 tablets (a one month supply) when the medication is taken daily, plus the service costs involved at the beginning is approximately 500 pesos, so approximately 2,000 pesos is required for those who want to get started. This cost may be significant for those living in the Philippines, with the average monthly wage being 44,600 pesos. It has also been revealed that 7 out of 10 youth are ashamed to buy condoms, so due to the cost of PrEP and the shame involved with purchasing condoms, this could partly explain the reason why there has been an explosion in the number of HIV infections taking place in the Philippines in recent times.

When the author spoke with a number of guys in their 20’s who frequently attended orgies that “take pride in non-use of condoms” about their thoughts, John said that in these sex gatherings, “you don’t know who’s giving you what, so it’s exciting” with bigNjuicy adding “the forbidden is delicious” and “Skin on skin still feels better. Whatever happens is up to you.” besthunkmale said that based on it being spur of the moment “if he’s hot, there’s no discussion” and hot_dante02 said that after becoming infected, “the conversation about safer sex is done“, indicating that discussions about safer sex no longer need to be had. Based on these comments, it does seem as though there are some cases of bug chasing taking place in the Philippines, but those involved are most likely being more discreet about the process and may be secretly taking steps to get infected. It sounds as though becoming infected with HIV in the Philippines is not overly difficult when you consider the growing statistics.

Another Gay Romeo user named 090SPARKS who is open about his HIV-positive status reveals that people who approach him do not directly ask him about his HIV status, those who want to have sex with him just do and don’t seem to care about his HIV status. One guy who asked him to join him for orgies said he didn’t think 090SPARKS’s HIV status was an issue, whereas barebackpozzer was openly promoting gift giving. 090SPARKS is more interested in spreading knowledge about HIV awareness, by making others aware that it’s with you for a lifetime, although the article did not elaborate whether he would willingly share the gift with anyone who accepted the risks and asked him to infect them.

The takeout from this article is that the Philippines is currently experiencing an issue that many countries around the world experienced many years ago. Most of these other countries have now managed to reduce the number of HIV infections through the use of PrEP to protect those who are HIV-negative from being infected with the virus and those who are HIV-positive are also taking medication that reduces their viral load to an undetectable level so the virus cannot be transmitted to other people. Due to the complexities involved with distributing PrEP to those in the Philippines who need it at a price that’s affordable in a country where those who want to access the medication might feel judged, this means that the virus will continue to thrive. This could lead to some people playing Russian roulette when it comes to sex or others taking control of their destiny by becoming infected on purpose, because for them, they might feel it is inevitable they will become infected. 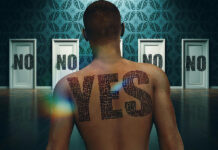 Understanding the Power of Positive Thinking as a Bug Chaser 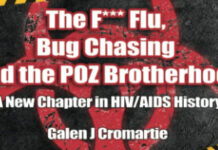 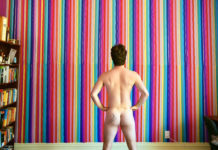 What is the Definition of Bug Chasing? 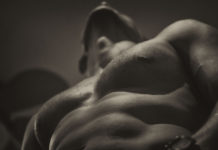 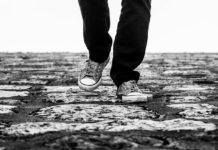 Life without PrEP: Thinking About Taking the Next Step

Thanks for this informative and interesting post, Jason. A lot to think about.

Thank you for reading this article Van and I’m glad you found it informative. I thought it would be interesting to explore a country whose HIV rates are skyrocketing, which is something that is completely the opposite statistic compared with many other countries around the world.

I find Romeo’s finger pointing to ‘Barebackpozzer’ a bit reminiscent of Gaetan Dugas as the undeserving “Patient Zero” back in the 1980’s. Realistically, their HIV transmission rate increase is most probably a perfect storm situation, and not all due to one factor over another. Good article, Jason. Thank you for all you do at educating the community!

You raise a very good point about the finger pointing in the Outrage Magazine article Tim. It’s also good that you mentioned Gaetan Dugas, because it is my intention to publish an upcoming article about this to provide the facts, as Gaetan was considered “Patient Zero” for a long time and many may still believe this, so it’s important for this to be discussed openly. I agree with you about the current HIV/AIDS issue in the Philippines is most likely a perfect storm situation involving a combination of factors. I appreciate your kind words about this article Tim and thanks for reading it.