Home Films House of Numbers is an HIV/AIDS Documentary from Brent W. Leung

We know a lot more about HIV/AIDS in the current day, but when HIV/AIDS was discovered in the early days, those in the research community or positions of power seemed to struggle with understanding what was happening for a prolonged period of time. Professional opinions often varied, which culminated in a lot of confusion for those who wanted to learn more about the issues that were taking place, particularly those who had become infected and wanted to know what was happening and what could be done to treat the symptoms and effects of the virus. There were no consistencies in the early days it seemed either, with countries creating their own definitions and when you look back, there was a considerable amount of disarray when it came to figuring out what HIV/AIDS was and then working towards finding a cure, which we still haven’t found to this day, only treatments that can suppress the virus and cost the consumer money.

Canadian filmmaker Brent W. Leung decided he wanted to learn more about HIV/AIDS, as he “grew up as part of the AIDS generation” and although House of Numbers – Anatomy of an Epidemic was his first film, it was extremely well researched and well received, which is why this documentary has won numerous awards, including the winner of the “Best Documentary Feature” at the Santa Cruz Film Festival, The Indie Gathering Film Festival, Commffest (Global) Community Film Festival, Naperville Independent Film Festival, Motor City Film Festival, River’s Edge International Film Festival and Traildance Film Festival and many more award nominations, which are impressive accolades to have received.

House of Numbers was produced in 2009 and released to audiences in 2010 through Video on Demand on June 3, 2010 and DVD media on July 20, 2010, although it can now be difficult to get your hands on a physical copy of the DVD. The full-length documentary has been made available on YouTube, which you can watch in its entirety below. Brent revealed that for every minute of the 1 hour and 29 minute documentary, nearly four times as much footage was filmed that could not be included in the original film. Brent created a YouTube channel that includes extended interviews, so you are welcome to watch them and receive more in-depth information through some of the interviews Brent conducted.

Speaking of interviews, Brent successfully managed to interview some high-profile people and prominent figures in the HIV/AIDS world, including Professor Luc Montagnier MD, 2008 Nobel Prize winner for co-discovering the HIV virus, David Baltimore PhD, 1975 Nobel Prize winner; Kenneth Cole, Chairman of AMFAR; James Curran MD, who began his career with the CDC and held leadership positions for the CDC’s HIV/AIDs research; Anthony S Fauci, Director of NIAID; Robert Gallo MD, PhD, co-discoverer of the HIV virus; Michael Gottlieb MD, credited as first doctor to diagnose AIDS; and Peter Piot MD, PhD, Director of Institute of Global Health and former Executive Director of UNAIDS. This documentary provides you with a unique opportunity to put a face to the names of many people you may have previously read or heard about.

Brent produced an excellent documentary and maintained a balanced insight into HIV/AIDS through interviews with survivors, activists, presidential advisers and the two researchers credited with discovering HIV. When you watch the documentary, you will most likely at times shake your head when you hear some of the things being said by those being interviewed, providing the interviewee actually chose to answer the question, which Dr. David Baltimore, PHD was uncomfortable doing when he was asked how he would isolate and photograph this elusive virus, by responding with “didn’t Doctor Gallo do that, he actually isolated it, so… I mean, why should I do all of this, this is textbook stuff you’re asking me. I don’t want to be your text book, you know, I got other things to do” as he stared at the camera uncomfortably. There are numerous quotes I could have included in this article that at times would leave you wondering, which then leads you to think that this could be why we are yet to find a cure for HIV/AIDS.

House of Numbers is presented by Knowledge Matters Productions and the first 53 seconds of the film are extremely powerful. I considered sharing a running commentary of the documentary, but I think it would be better for me to present you with the full documentary, so you can form your own opinion based on what’s presented to you. I also found my thoughts in complete alignment with Brent’s closing comments “As journeys end, I find myself perplexed, bewildered at times, with an overall feeling of dismay and sadness. I found a research community in disarray over the most fundamental understanding of HIV, all the while presenting a monolithic public posture of authority and certainty.” Some of the same words used by Brent describe how I felt after watching the documentary, so take a look and see what you think and please share your thoughts by leaving a comment if there’s something you would like to say about this documentary.

Leung manages to present a barrage of intriguing theories debunking our generally accepted beliefs… There’s no denying, however, the value of exploring such game-changing topics as how HIV-infection numbers are cooked for monetary and political gain; how the effects of global poverty may have led to so many AIDS-related deaths; how such widely used AIDS drugs as AZT have, themselves, often proved fatal; and whether HIV really exists. 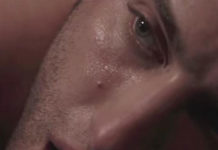 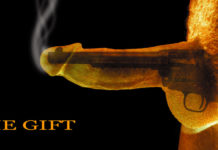